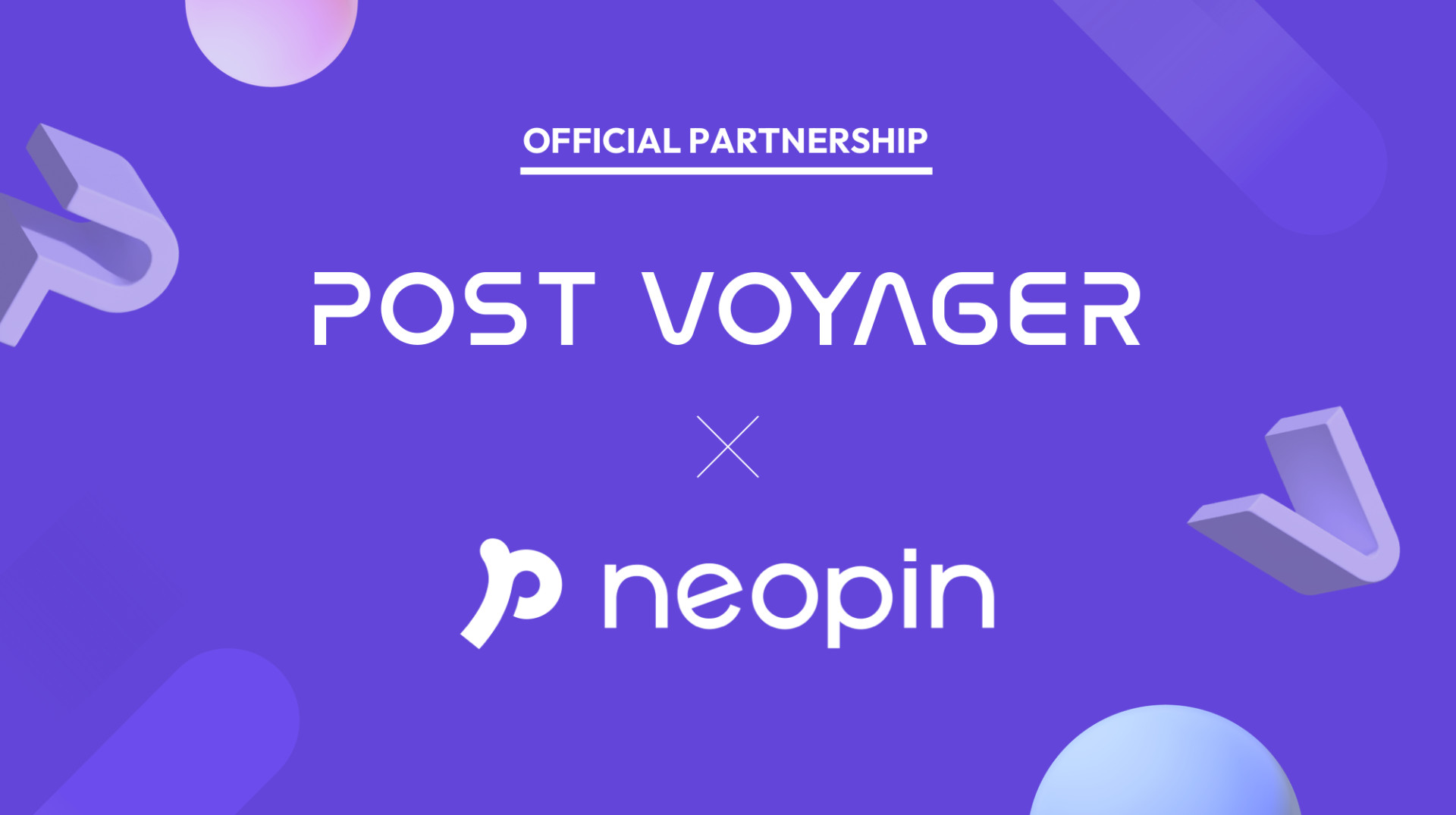 A Memorandum of Understanding (MOU) has been signed between POST VOYAGER CLOUD (hereafter POST VOYAGER) and NEOPIN.
Through the onboarding of GameFi, NFT projects, DeFi apps, protocols, and more, Post VOYAGER intends to create a metaverse world.

The agreement entails the cooperation between POST VOYAGER and NEOPIN to enhance both the company’s blockchain ecosystem and communities. In the following agreement, the parties intend to pursue a strategic partnership in a variety of ways. Through this strategic partnership, the two companies will be collaborating in a more in-depth way. This partnership will allow MOOI Network and Neopin to be able to link the services between MOOI Network and Neopin platforms and closely cooperate through various measures to revitalize the services of both companies.

“We expect this agreement to further expand the ecosystem. In particular, the MOOI Network developed by Post Voyager and Neopin’s platform will be able to create a mutual synergy that will ultimately benefit both companies to expand as a global blockchain ecosystem. We are expecting that both companies will be gaining momentum as we advance with this partnership”, a source at POST VOYAGER stated.

About MOOI Network
MOOI Network is a blockchain network developed by POST VOYAGER, a subsidiary of cocone, a content company based mainly in Japan. Cocone has more than 20 diverse services ranging from 129 million cumulative users in the avatar social app genre known as Character Coordinating Play (CCP). Currently, it plans to expand existing successful services to Web3 services through the MOOI Network.

About NEOPIN
NEOPIN’s four strategic keywords are Crypto Finance (DeFi), Real Life Connection (Service to Earn and Real World Asset), Gaming (P2E), and Community (Launchpad). NEOPIN will continue to expand its ecosystem based on the keywords listed above and contribute towards global blockchain adoption.
NEOPIN is a blockchain open platform that connects and expands the ecosystem through Gaming, Metaverse, Service, and NFTs, centering on various DeFi services such as staking, yield farming, and swap. Unlike address-based DeFi projects vulnerable to external security threats, NEOPIN has applied strict security guidelines such as KYC (Know Your Customer) identification system and AML (Anti-money Laundering) policies since the platform launched in January 2022.