Celsius Vs Voyager Vs 3AC Financial History Breakdown | Why Did They Go Bankrupt In 2022?

With some of the biggest companies in the industry going bankrupt, cryptocurrency is experiencing one of its coldest winters in recent years. The crypto market experienced euphoric highs last year with bitcoin, ethereum, and major altcoins setting new records. A few NFT marketplaces, including OpenSea, raised billions in IPOs, including exchanges and mining companies. FTX, Coinbase, Crypto.com, and eToro spent millions on ads in the 2022 Super Bowl, using technology developed by anti-establishment coders. 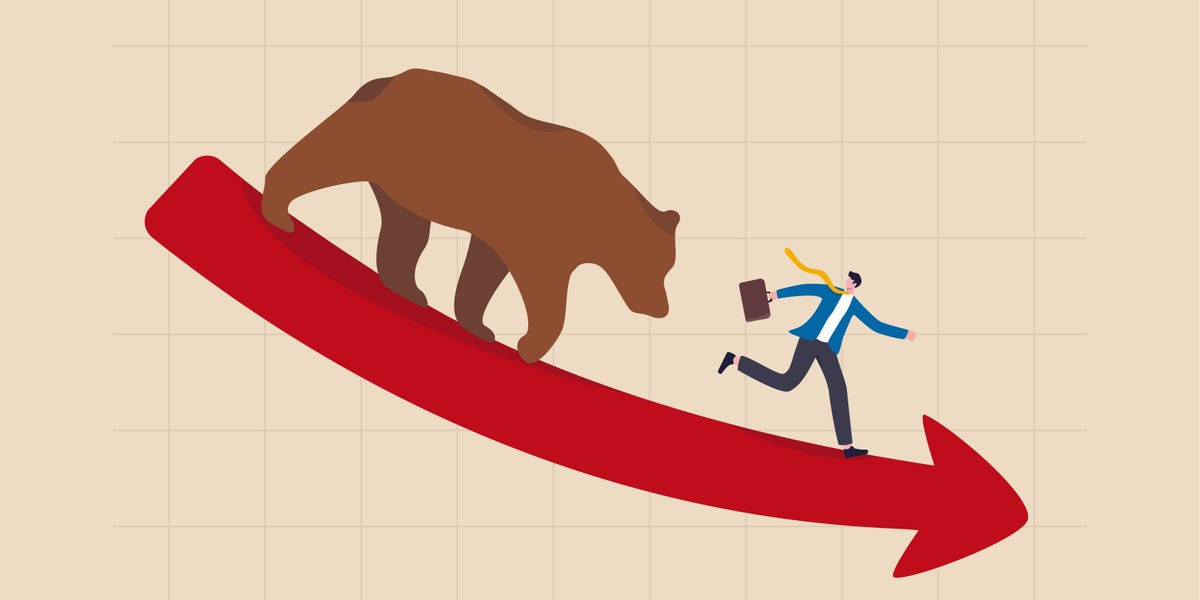 Seven months ago, however, the market began to crumble as the Fed prepared to raise borrowing costs and combat inflation. After peaking last fall, crypto’s total market cap
has slashed more than 66% in value. Ethereum, the largest smart-contract network, is down about 60% in the past three months, while bitcoin has declined nearly 50% in the same time frame.

In broader crypto markets, the industry’s biggest names have experienced liquidity crises, insolvency, and even bankruptcy. This has left investors assessing systemic risks, and weary of speculative bets. In the past month, for example, hedge fund Three Arrows Capital, centralized lender Celsius, and brokerage Voyager Digital have all filed for bankruptcy. On some level, the causes have been similar: crypto prices have fallen by about two-thirds since last fall, straining an ecosystem that had gotten used to growth.

“There needs to be a return to the first principles of finance,” said Vinay Singh, a managing director at the fintech-focused venture capital firm Anthemis Group. “Are the markets so inefficient that crypto yields can be two times, three times, four times, what traditional yields are? No.”

Here’s how each of these three billion-dollar companies ended up in court.

Three Arrows Capital, a crypto hedge fund which reportedly managed $10 billion in assets as recently as March, filed for insolvency in the British Virgin Islands on June 27. Its liquidators, two consultants who have essentially been given the keys to the company, filed for Chapter 15 bankruptcy in the US and have said in court filings that founders Zhu Su and Kyle Davies have been uncooperative.

The full scope of Three Arrows’ debts and assets, however, still isn’t known. Russell Crumpler, one of the liquidators, cited news accounts to explain the company’s downfall, saying on July 1 that his investigation had only just begun.

Three Arrows, also known as 3AC, was once one of the most prominent firms in the industry. Su and Davies – both former derivatives traders for Credit Suisse – had operated the hedge fund since 2012 and were hailed by many as legendary investors. In a sea of FOMO-driven capital allocators, 3AC was supposed to be the “adult in the room,” Nik Bhatia, a professor of finance and business economics at the University of Southern California, told CNBC.

3AC took risky bets, borrowing from across the industry, and then investing that capital in other projects. Blockworks reported that protocols which were backed by the hedge fund also held portions of their treasury with 3AC. The fund manager was underwater on Grayscale Bitcoin Trust and Lido staked ether positions, according to CoinDesk. Equity plays and select investments include giants like lender BlockFi, custody platform Fireblocks, and scaling infrastructure provider Starkware.

“What surprises me most about 3AC’s collapse was how they were able to amass so much leverage in the first place,” Ryan Watkins, cofounder of crypto hedge fund Pangea Fund Management, told Bloomberg. “It was the lack of transparency that both enabled 3AC to borrow so much money as well as cause panic across the industry, as no one knows who was exposed and how badly they were.”

3AC troubles began to show after the crash of algorithmic stablecoin TerraUSD, which some have compared to crypto’s “Lehman moment.” TerraUSD, a US dollar-pegged token that was backed by a basket of various cryptocurrencies, collapsed amid the market downturn in May. With promised 20% annual yields, investors – both retail and accredited – turned towards the algorithmic stablecoin as a safe way to enter and exit crypto markets. After its downfall, holders of both Luna and UST lost roughly $42 billion in a week, per blockchain analytics firm Elliptic.

According to The Wall Street Journal, 3AC had invested around $200 million in Luna. Some reports, however, said that its exposure was around $560 million. After placing risky bets, the collapse of 3AC led to widespread crypto contagion. The fund failed to repay a $270 million to exchange Blockchain.com, along with defaulting on a $670 million loan from broker Voyager Digital.

Then came the crypto-lender solvency crisis.

Voyager Digital filed for Chapter 11 bankruptcy protection on July 5 after suspending customer withdrawals, deposits, trading, and rewards. The publicly traded digital-asset firm made an unsecured loan to 3AC, which the hedge fund could later not pay back. The company said in a court filing that 3AC collapsed owing $350 million and 15,250 bitcoins — worth about $319 million on Friday — to Voyager.

“The debtors are facing a short-term ‘run on the bank’ due to the downturn in the cryptocurrency industry generally and the default of a significant loan made to a third party,” CEO Steve Ehrlich said in Voyager’s bankruptcy papers, referring to 3AC.

Voyager Digital listed multi-billionaire Sam Bankman-Fried’s Alameda Research Venture and Alameda Research among its creditors. In June, Alameda Research gave Voyager a $500 million credit line, per a filing with the bankruptcy court in the Southern District of New York. Alameda Research, however, already owed Voyager $377 million with an interest rate of 1% to 5%. The company hired Moelis & Co. to try to find a buyer, but no offers ultimately panned out.

Voyager attracted depositors with its high APYs of up to 9% on USDC holdings which convinced many to put their savings in the company’s hands. The company offered debit cards as well, essentially operating like a crypto bank. At its peak, the investing platform once reported roughly $5.9 billion in assets, with more than 3.5 million users.

While 3AC’s liquidators are focused on making creditors whole, Voyager has filed for Chapter 11 bankruptcy, a process where creditors and stakeholders renegotiate the terms of their loans and try to set the company back up for success. But some creditors have more rights than others, and the process doesn’t always result in a successful reorganization.

The company has hired lawyers at Kirkland & Ellis, and they have proposed a plan that would give depositors a mix of crypto, Voyager tokens, whatever can be recovered from 3AC, and a piece of the new company. A court hearing is scheduled for August 4, and creditors are supposed to meet on August 30.

Celsius’s risky bets left it vulnerable to the market collapse

Celsius announced it was pausing all withdrawals, swaps, and transfers on its platform, effectively freezing its customers’ accounts, on June 12. A month later, on Wednesday, it filed for bankruptcy, stating $5.5 billion in liabilities against $4.31 billion in assets.

For customers depositing money with Celsius, it offered yields up to 17%, much higher than the typical interest on traditional assets. On average, according to a declaration by CEO Alex Mashinsky tied to the company’s bankruptcy filing, customers earned a 5% yield.

To make a profit, Celsius needed to earn big returns from its own activity. It did so in part through a process called staking: exchanging ethereum for a different version of the cryptocurrency, tied to an update of the Ethereum blockchain, that would earn the company yield.

Ethereum typically traded one-to-one with its staked counterpart. But as cryptocurrencies plummeted in the spring and market participants sought to sell their holdings, staked ethereum slid in value. With a significant portion of its capital — more than 410,000 staked ethereum, or about $467 million, according to Celsius’ filings — locked up, the company found itself unable to meet mounting customer requests for withdrawals from its platform, Mashinsky said.

Even before the recent crypto meltdown, Celsius had been burdened by inauspicious financial strategies.

Between August 2020 and April 2021, the lender sent $534 million to a fund manager, previously known only by its Ethereum wallet address, 0xb1. At the end of that period, those assets had grown to $1.14 billion. But according to the crypto research firm Arkham Intelligence, Celsius could have earned a greater return, with those invested assets totaling $1.49 billion, simply by holding its initial capital as ethereum’s price rose.

The fund manager 0xb1, now having been revealed as KeyFi, filed suit against Celsius in June, claiming that the lender failed to put in place proper risk management.

In Mashinsky’s declaration tied to Celsius’ bankruptcy filing, the company said it “strongly disagrees with the allegations raised in the KeyFi complaint and intends to vigorously defend itself.” Even so, Celsius’ filing acknowledges that it “made what, in hindsight, proved to be certain poor asset deployment decisions.”

The company, for instance, incurred a series of losses tied to mishaps on several of the platforms on which it invested. It lost 35,000 ethereum in June 2021 after the staking platform StakeHound announced that a set of tokens on its platform were no longer accessible because of misplaced blockchain “keys.” Later that year, in December, Celsius also incurred losses when the DeFi application BadgerDAO was hacked for $120 million. Estimates at the time suggested that the company lost around $50 million.

Celsius also took out collateralized loans totaling $756 million from a variety of platforms, including the DeFi companies Maker, Aave, Compound, and Notional Finance, and the crypto exchange FTX. According to Mashinsky’s declaration, Celsius has since repaid those loans and had its collateral returned. But in another instance, in July 2021, one of Celsius’ lenders told the company it wasn’t able to return its collateral in a timely manner. As of now, Celsius is still owed $439 million.

“With the Celsius case, it wasn’t just that some of their counterparties failed. It appears they had a bunch of trading in DeFi. They were subject to a number of different hacks and exploits,” said Miguel Morel, Arkham Intelligence’s CEO. “I think that is pretty unique.”